My wife and I got to celebrate our 10 year anniversary going to London, Paris, Rome, Trier, and Luxembourg for two weeks.  It was in our 12th year of marriage, but it was amazing.  Here are some pictures and some travel tips:

Flight:  We signed up for a British Airways credit card for 100K miles for our plane tickets.  We still had to pay $300+ in taxes and random fees, but it was a huge help.

Hotel:  We both signed up for Hyatt credit card and received 4 nights at 5 star hotels and that was a huge help.  We stayed with some friends for a few nights and Pricelined a couple of nights for around $100.  We did have one scary night in an airport hotel outside of Rome, but other than that it was great!

In between cities:  We took a train from London to Paris and that was great!  We flew Ryan Air between the other cities and it was really cheap, but always a pain to go through all the airport procedures.

Weather:  We went in October and it was great.  Less crowds and was in the high 60’s for most of the trip.

London:  It wasn’t as expensive as I was expecting.  We put $50 on a metro card and went all over the city.  Most of their city sites are free to visit or just couple a few dollars.  We saw a musical for half price at the ticket booth in Leicester Square.  Took a ride on the Thames River from the Tate Britain to the Tate Modern for $5 dollars, and picked up most of our souvenirs at Camden Market.  The highlight for my wife was high tea at the Kensington Palace.

Paris:  Paris was expensive.  Everything costs money, but it was worth it.  We saved money by eating grilled panini’s from deli’s.  The first 2-3 were awesome, but after 5-6 the excitement started to fade.  There was so much in Paris.  I proposed to Holly on top of the Eiffel Tower because who doesn’t want to have that experience!  We tried to visit the D’Orsay, but the section of impressionist was under renovation and the line was overwhelming.  We visited the Basilica Sacre Coeur, Arc de Triomphe, Invalides, Notre Dame, but the highlight was probably listening to a live performance of classical music in a church that was over 800 years old.  We were the only ones in the room under 75 years of age, but it was still pretty awesome! 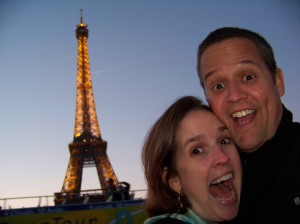 Rome:  When you see this many cities the amount of hotels, travel, walking, and eating out start to get a little old.  To be honest we could have gone home after London, but every time we would make it to a new city we were so thankful to be there.  Rome was amazing.  Best bottle of wine, best cappuccino, best art, best personalities, but getting around is tough.  The metro is cheap, but most of the stuff you want to see is a good walk from any metro stop.  We focused on the Vatican Museum, St. Peter’s Basilica, and Colosseum.  We were only there for a day and a half, but it was awesome!

Germany:  In Germany we stayed with some friends that I have known over 10 years.  It was great to see them.  We visited Trier, one of the oldest cities in Germany and went out for dinner in Luxembourg.  We mostly hung out with their friends, attended their church on Sunday morning, and just stayed up late telling stories.  It was encouraging, refreshing, and a great way to end the trip! 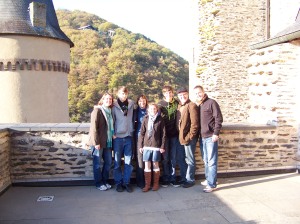 Resource For Getting Things Done!